Jose Mourinho was sacked by Tottenham on Monday just six days before they play Manchester City in the League Cup final as the Portuguese boss paid the price for a turbulent campaign.

Mourinho, 58, was dismissed after only 17 months in charge, even though he could have led the club to their first silverware since 2008.

Tottenham have been struggling in their bid to qualify for the Champions League via a top-four finish in the Premier League.

“The club can today announce that Jose Mourinho and his coaching staff have been relieved of their duties,” a Tottenham statement said.

The bombshell news came less than 24 hours after Tottenham announced they were one of 12 clubs planning to launch a breakaway European Super League.

Tottenham’s academy coach Ryan Mason, a former player at the club, will take first-team training this week and is set to pick the team for Wednesday’s Premier League clash with Southampton and the League Cup final at Wembley.

Tottenham chairman Daniel Levy said: “Jose and his coaching staff have been with us through some of our most challenging times as a club.

“Jose is a true professional who showed enormous resilience during the pandemic.

“On a personal level I have enjoyed working with him and regret that things have not worked out as we both had envisaged.

“He will always be welcome here and we should like to thank him and his coaching staff for their contribution.”

Leipzig boss Julian Nagelsmann is the bookmakers’ favourite to replace Mourinho, while Leicester manager Brendan Rodgers is also a contender.

Nagelsmann has also been linked with Bayern Munich, who are set to lose boss Hansi Flick in a move that could have persuaded Tottenham to act on Mourinho now rather than wait until the end of the season.

Mourinho’s abrupt exit is the latest setback in a once-glittering managerial career that now appears on the decline.

The former Porto, Chelsea, Inter Milan, Real Madrid and Manchester United boss was appointed by Tottenham in November 2019, less than 12 hours after Mauricio Pochettino had been dismissed.

But unlike Pochettino, who led Tottenham to the 2019 Champions League final and regularly finished in the top four, Mourinho was unable to spark a response from his squad.

Tottenham finished sixth last season and went out of the Champions League in the last 16.

Amid reports of player discontent with Mourinho’s conservative tactics and boring training sessions, the Portuguese coach had been losing his grip on the job for several weeks.

He had a public spat with on-loan Real Madrid star Gareth Bale about his fitness for an FA Cup defeat at Everton and claimed Toby Alderweireld was absent from the squad due to a late return from the international break when the Belgian was actually pictured at the training ground.

With Tottenham unlikely to qualify for the Champions League, there are also fears star striker Harry Kane will ask to leave in the close-season.

England captain Kane responded to Mourinho’s exit by tweeting: “Thank you for everything Boss. A pleasure to have worked together. I wish you all the best for your next chapter.”

Only during his spell at Portuguese club Leiria has Mourinho posted a lower win ratio in all competitions (45 percent) in his managerial career than he did with Tottenham (51 percent).

Tottenham dropped 20 points from winning positions and blew a 2-0 first leg lead against Dinamo in the Europa League.

For the first time, Mourinho suffered 10 league defeats in a single season.

Having branded himself the ‘Special One’ after winning the 2004 Champions League with Porto, Mourinho won the Premier League title three times in two spells with Chelsea.

But his second spell at Chelsea ended in acrimony in 2015 when he was sacked after losing the support of key players.

A two-year spell in charge at Manchester United brought Europa League and League Cup glory, but again Mourinho’s failure to keep his stars happy led to his sacking in 2018.

Mourinho’s last game with Tottenham was a frustrating 2-2 draw at Everton on Friday that extended the team’s winless run to three matches and prompted the axe to fall. 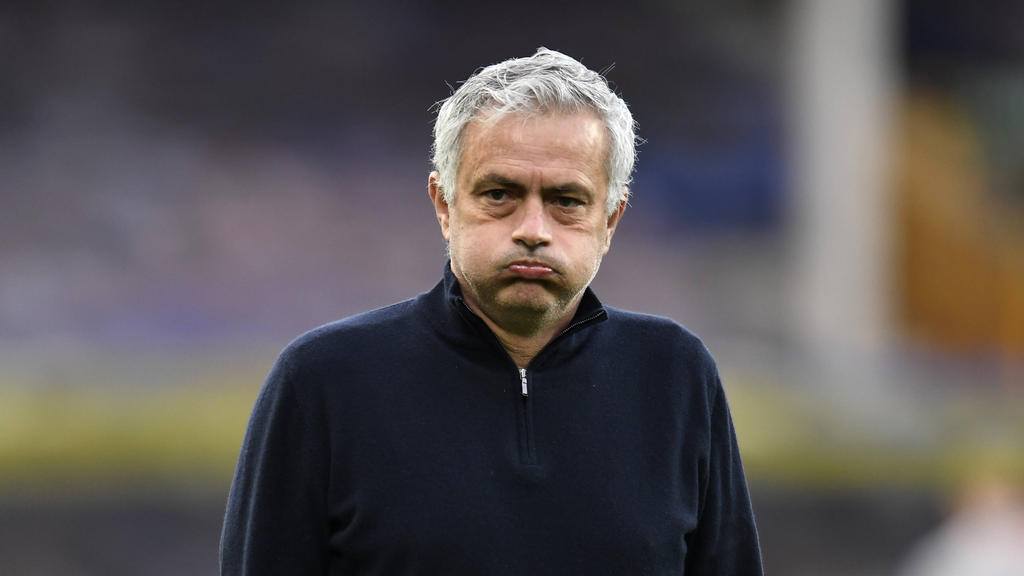